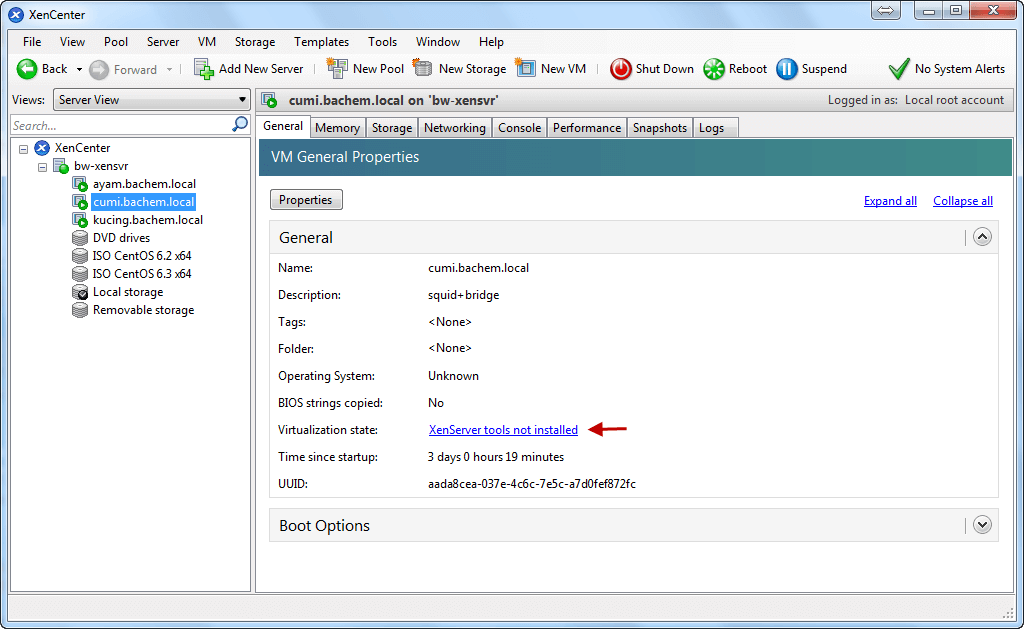 To install the guest agent:
1. The files required are present on the built-in xs-tools.iso CD image, or alternatively can be installed
by using the VM => Install XenServer Tools option in XenCenter. 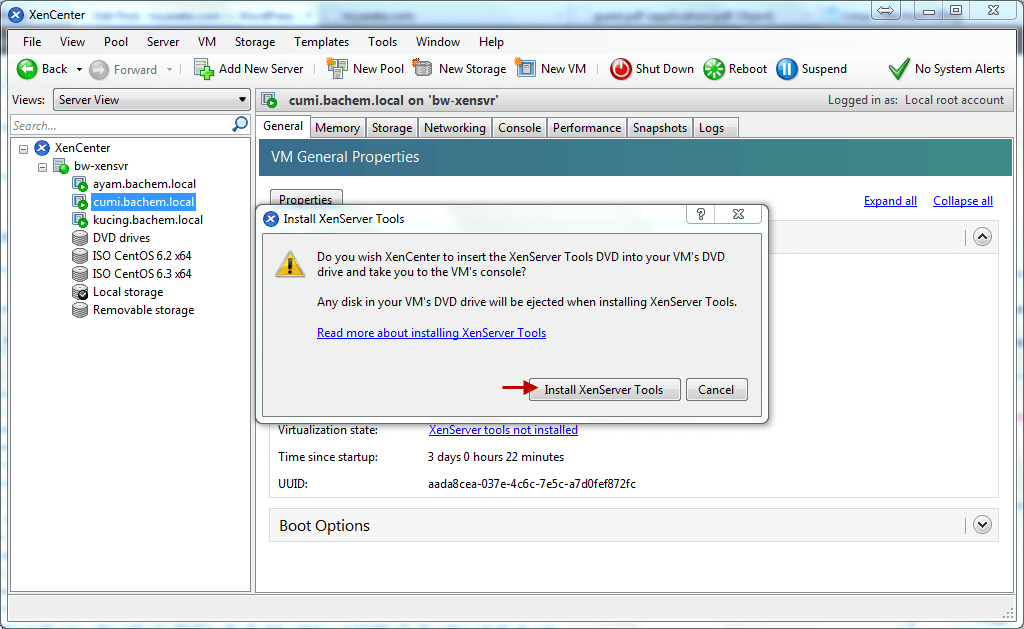 2. Mount the image onto the guest by running the command:
# mount -o ro,exec /dev/disk/by-label/XenServer\\x20Tools /mnt
Note:
If mounting the image fails, you can locate the image by running the following:
blkid -t LABEL=”XenServer Tools”

3. Execute the installation script as the root user:
# /mnt/Linux/install.sh

4. Unmount the image from the guest by running the command:
# umount /mnt

5. If the kernel has been upgraded, or the VM was upgraded from a previous version, reboot the VM now.
# reboot

Note:
CD-ROM drives and ISOs attached to Linux Virtual Machines appear as devices, such as /
dev/xvdd (or /dev/sdd in Ubuntu 10.10 and later) instead of as /dev/cdrom as you
might expect. This is because they are not true CD-ROM devices, but normal devices. When
the CD is ejected by either XenCenter or the CLI, it hot-unplugs the device from the VM and the
device disappears. This is different from Windows Virtual Machines, where the CD remains
in the VM in an empty state. 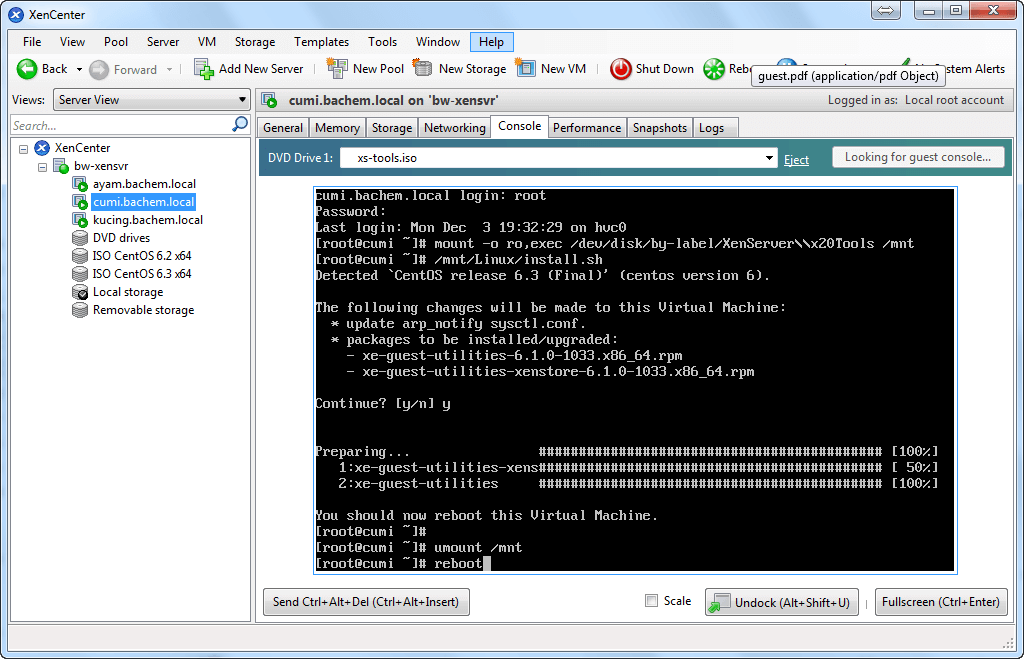 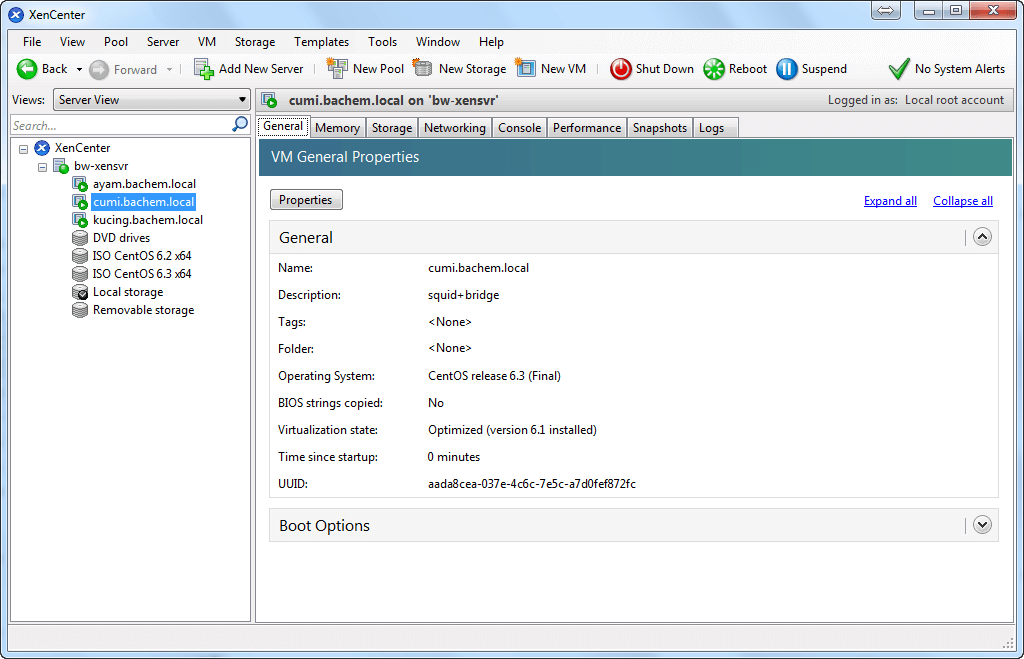